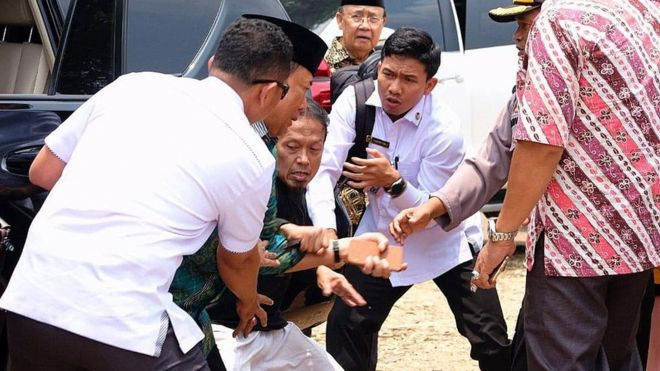 Indonesia’s Security Minister, Wiranto suffered “two deep wounds” to his stomach after being stabbed by a man who the police said was “inspired” by the Islamic State group.

The incident occurred on Thursday October 10, during a visit to the town of Pandeglang in Banten province on the island of Java. 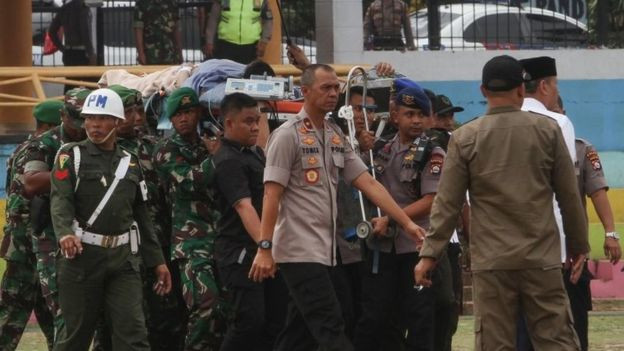 A male perpetrator and a suspected female co-conspirator have been arrested over the attack on the former military chief and ex-presidential candidate who is now in a stable condition. State Intelligence Agency chief, Budi Gunawan told reporters it was believed the suspects were part of the Jamaah Ansharut Daulah (JAD) network which is linked to IS.

“From our preliminary investigation, the suspected attackers were exposed to radicalism since their target is a public bureaucrat and member of the police, whom they saw as enemy,” Dedi Prasetyo, Indonesian national police spokesman, told BBC Indonesian. “These professions threaten their existence.”

Wiranto has been medically evacuated to the country’s capital Jakarta for further treatment.

Here is a video from the scene of the incident below;

The attack occurred when #Wiranto had just gotten out of the car to board a helicopter to Jakartapic.twitter.com/ENZj2i5SDO